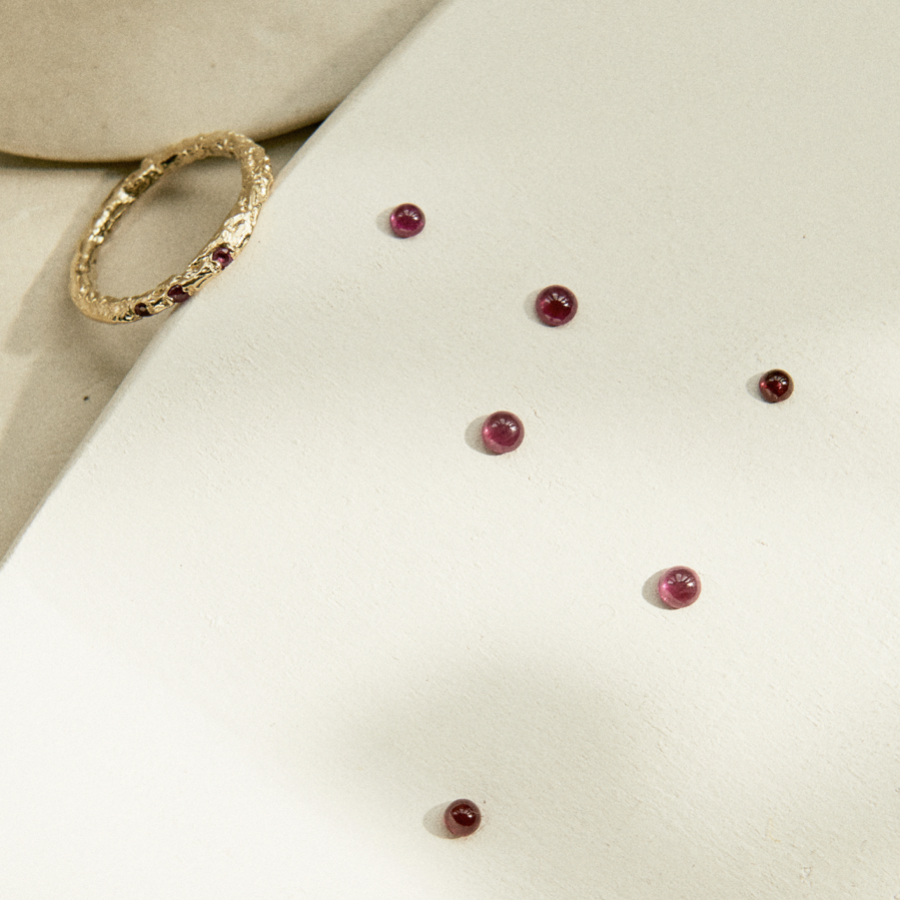 Did you know that until the 16th century, ruby was much more popular than a diamond? It was the stone of kings and represented power. It was associated with mythical figures such as dragons and other fantastical beasts. Often used on crowns from the courts of Asia to Europe alike, it had the gift of capturing attention from the greatest.

Hence its symbolism is associated with power and vigor. Renown for being the stone associated with the heart chakra, it increases all passions and stimulates enthusiasm. Summer lovers, you were warned...

It’s also a stone that is said to have the virtue of detoxifying blood, improving circulation, and developing self-confidence and enthusiasm. In short, with a ruby, your will walk with your head held high and a light heart.

We love to associate its fiery glow with yellow gold for a slightly retro look. On the rings Olympe serti, Anna, and Rosa small serti it is discreet whereas the rings Duna or Illy serti, it is associated with strong shapes that make it spectacular.

For necklaces, its heartbeat is strong in the Valentin and is a detail on the Rosalie.

For earrings, it brings brilliance to the Marius and Illy studs, and beautifully finishes the Violette hoops.

And finally, the Marius serti bangle is ornate with sparkles of rubies that shine on your wrist.